Hatshepsut (1473. – 1458. BC) was the fifth pharaoh of 18th dinasty in Ancient Egypt. She was the second woman pharaoh i history. Her mummy was found on 27. june 2007. Her full name was Maatkare Khnumt-Amun Hatshepsut.

During the 18th dynasty, the royal house of Ahmos I was confronted with the tragedies that had occurred over the course of three generations, as several males of the 18th dynasty died.

When all the sons of Amen – Hotep and his main wife died, Tutmos I became Pharaoh. He married his half-sister Ahmos, but their five sons also died. At the time of Tutmos’ death, the sole successor to royal blood was his unlawful son Tutmos II, but as he was a minor, he had no choice but to proclaim his daughter Hatshepsut as a Pharaoh.

However, before her father’s illness, Hatshepsut married her half-brother Tutmos II, who was 12 years old. Due to family relations and blood blending, he was a physically and mentally retarded person. Hatshepsut gave birth to two daughters Nefru-Ra and Merit-Ra-Hatshepsut. Having not given him a male successor, he and another woman, Izis, had a son known as Tutmos III. To ensure the survival of the ruling line, Nefra-Ra married her half-brother Tutmos III as well as her mother. At the time of the death Tutmos II, his successor, Tutmos III, was a minor, so she was a lawful ruler. 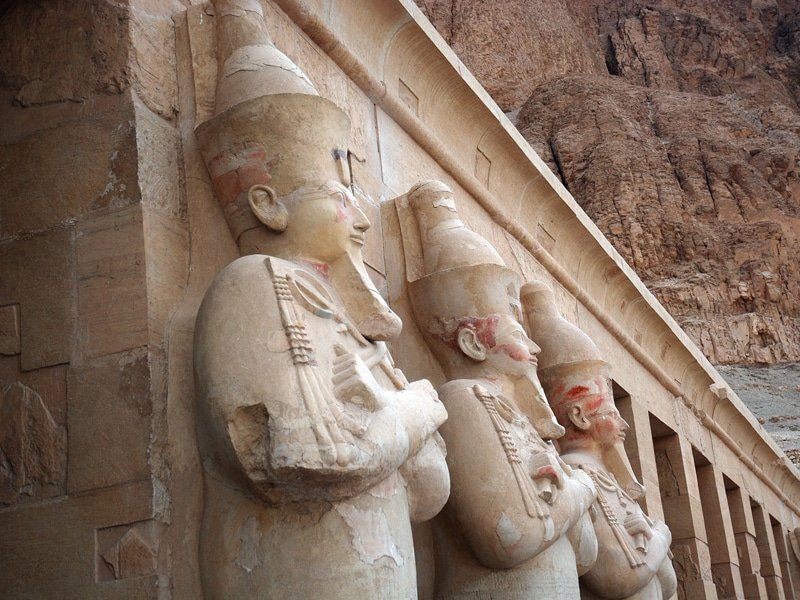 Hatshepsut was the first woman to be crowned with all honors as a king, not a queen, and who had received all five honorary names of the Pharaoh that no queen had succeeded before or after her. She dressed and acted like a man.

Knowing that she was intruder in the Egyptian throne had forged several documents to contribute to her credibility. She first She attributed her victory to the foreign invaders and the resurrection of Osiris. She supposedly had a vision in her dream, where the god of the sun, Amon, appeared to her, who indicated that she would give birth to a daughter who would become a Pharaoh’s wife. Those who did not believe her and did not support her did not dare to oppose, but they were expected to be punished by the gods. On the contrary, it seems that God himself accepted her vision as true, so Hatshepsut ruled for 22 years and during her rule Egyptian economy flourished. This period was calm, without any military clashes. Most attention was paid to the establishment of trade links and architecture. The most important monument of its reign is certainly a mortuary temple in the Valley of the Kings.

At that time, the temple was physically connected with the Valley of the Kings in Luxor, but after the death of the Queen, her son-in-law, was killed, all the tunnels were destroyed and the temple was cut off and forgotten. Her name has also been deleted from all the temples.

Hatshepsut decided to be buried with her father Tutmos I in the Valley of Kings. For the purpose of linking the temple with the Valley, a tunnel was long over 700 m and about 300 m below the surface of the earth.

Her sarcophagus was found but it was not her but mummy of a princess from the 21st dynasty. The circumstances surrounding her death are doubtful.

It is impossible to speak of this great queen and not to mention her loyal servant, architect and friend Senenmuth. His father served the royal family, and he was very loyal to Hatshepsut. There were rumors that her first daughter was actually his, but that was never confirmed. His sudden disappearance from the court scene was, at the very least, strange, because the reasons have remained unclear to this day. 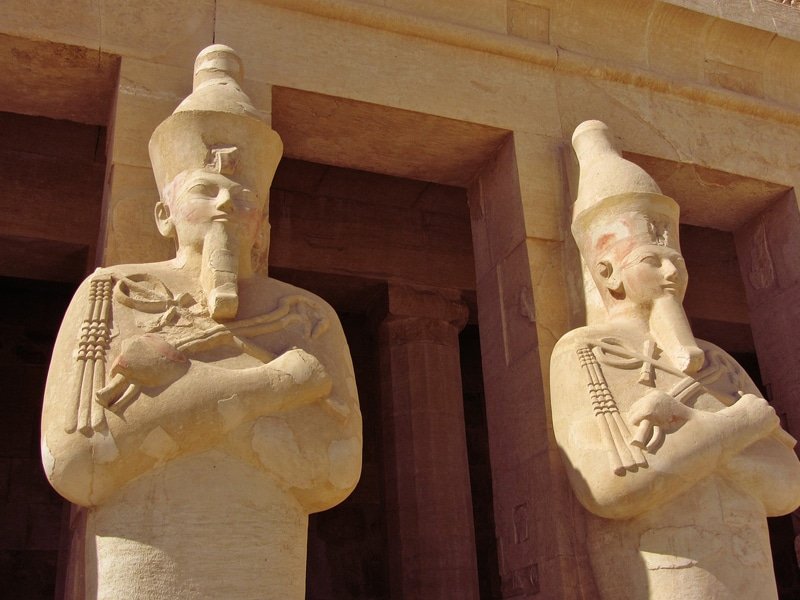 The Most Significant Temple of the New Kingdom was the Temple of Queen Hatshepsut, which was built around 1485 BC in Deir-el-Bahri. This temple is monumental as the temples of the Old Kingdom, but it does not repeat their forms and architecture. Its atrium is known for its remarkable reliefs that glorify Queen Hatshepsut and explains her divine origin. Light effects are projected perfectly and the contrasts of light and shadows arouse profound secrecy. This extraordinary building is the work of the most skilled architect of that time Senenmut. She also built two obelisk in Karnak, first one is 30 meters high and the other 23 meters, with texts that glorify the queen. 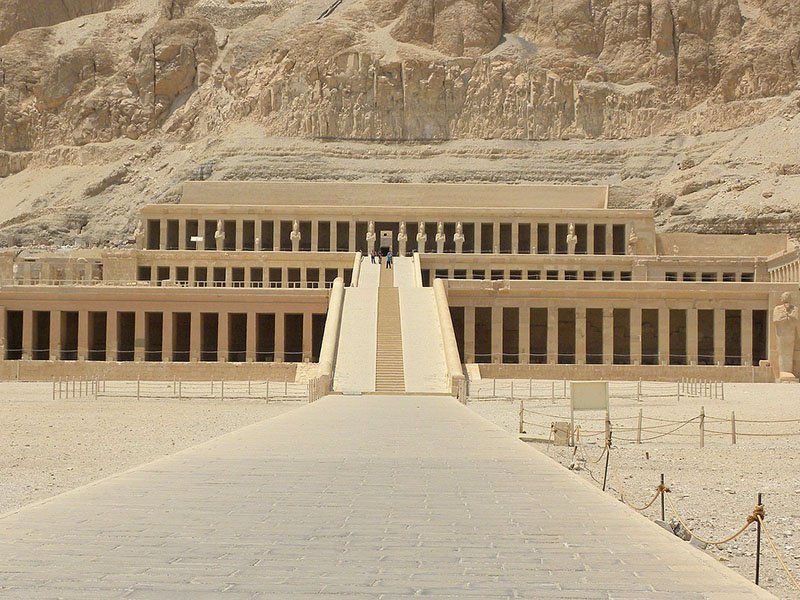 If you are in Hurghada during your vacation in Egypt, you can visit this magnificent temple on our Tour to Luxor from Hurghada, of with one of our Luxor tours if you are staying in Luxor.